@Musiclector wrote the below about on Taylor Acoustic after the AV Trend and Video Show. Thank you!

“[Taylor Acoustic + Pierre Lurne Audiomeca Mephisto] There’s no words for this weekend. I’m so happy because of there were more hungarian developer and manufacturer in this year than in the last few years and I’m so lucky because of I know some of them personally. There were the big mainstream distributors and the smaller, audiophile and highend distributors too in stereo and homecinema too. Due to we’re moving in stereo, the choice was clear for us where we should start. As we know because of the room acoustic is not the best in these rooms the systems could not show theirs best sides. However in part they could! We tried to decolonize ourselfs from that effect, which sometimes succeeded, sometimes did not. We have heard a lot of good systems but there were one distributor where we have spent the longest time. The room acoustic, the music were the best for us. The music just flowing without any resistence, there were no noise & coming and goings. The only thing what was there, was the calm. The only one word what we could say, it was WOOOW! That experience has been interpreted by Taylor Acoustic. It was fantastic. “ 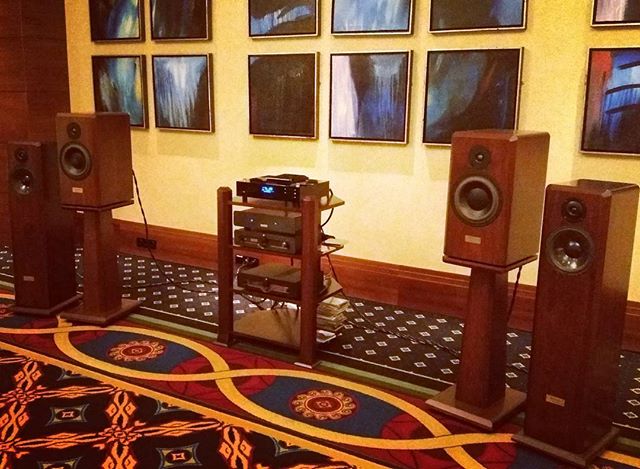